We have some awesome upcoming events! We have been finishing out a load of new songs for our upcoming shows and will be finally showcasing them.

We are playing a pre-halloween SLC, UT show on Friday October 28th at the Woodshed with local legends Hectic Hobo.
FACEBOOK EVENT SLC 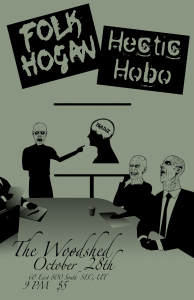 After that were headed out South to make a return to ABG’s in Provo, UT to open up for a rolling though touring band from LA the Peculiar Pretzelman.
FACEBOOK EVENT Provo 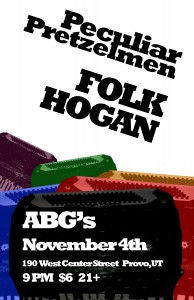