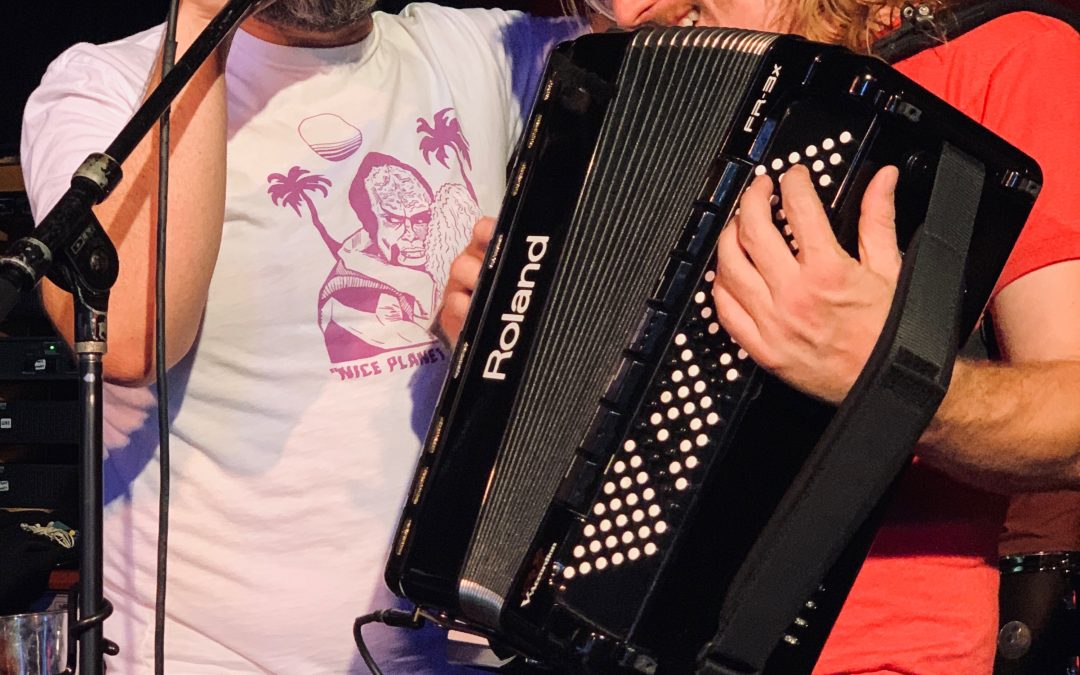 Have you heard the good news? Your favorite Folking Band of ALL TIME is filming a new music video! Featuring Jeffrey Dahmer! Written, Directed, and Produced by your ol’ pal “Dawg Hands” John-Ross Boyce!

If you didn’t catch our “Whiskey for Breakfast” video that we released last fall I’ll give you a chance to catch up:

We had so much fun working with John-Ross on “Whiskey for Breakfast” that we are delving even further into his world with our next video,“No Means Jeff”, a song about the infamous Mr. Dahmer himself. I’ve been so excited during the planning process that I figured you should all get a sneak peak into the new video. What better way than to interrogate John-Ross Himself? 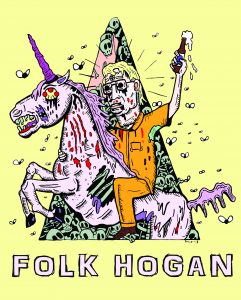 Gritty, bold images of Jeffery Dahmer riding a unicorn on his way to heaven, Jefferey Epstein shredding on a skateboard, and Jesus getting arrested makes Dawg Hands originals unmistakable. As a kid, John-Ross was more than simply drawn to film. His family’s favorite pastime was catching movies at the old theater down the street, which left him with a sense of wonderment about the whole experience. Always wanting to be on the other side of the camera he’s been developing his distinct directing style which he calls, “progressive, as in I’m always growing and learning new tricks as I go.” “Music videos have been a great way to really get a crash course through the mechanics and editing to the beat, which I’ve always liked to do.”

With W4B in particular, we ran into a seemingly simple and extremely hilarious problem. We didn’t have enough time to make Kameron’s house, our filming location, appear trashed enough! We tried to make the nicest, cleanest place look as dirty as we could in as little time possible. When push came to shove, it was barely the right amount of crying, laughing, and cringing to get it done. “Luckily”, he said,”to have a group of people who are fearless and willing to do all the unconventional bouts of crazy takes so much less time than when people are feeling self conscious”… “Especially for a shoot like ‘Whiskey for Breakfast’, which is kind of about debauchery and chaos and everything like that. It’s refreshing to have people who are willing to delve into that at the drop of a hat.” “Between Nick playing pony to Moses running around in his tighty-whiteys it was really amazing.”

Okay, okay.. we get it. We’ve talked about the past, but

What exactly about Jeffery Dahmer is this video trying to get across? How the hell do you portray this illustrious figure who is kind of like the serial killer of serial killers? “At least he knows what he did was wrong, and he regrets what he did. And I think that is what makes people view him more sympathetically.” “We don’t hold him to the same level of theatrics as Ted Bundy… trying to make a circus of his trial… or John Wayne Gacy who’s last words were “Kiss My Ass.” “JD is viewed as a little more human than other serial killers.”

“I want (“No Means Jeff”) to be a truly golden age American theatre experience- almost like Oklahoma with these absurd highs and absurd lows…vastly ranging emotions.” “There’s a lot of fear and terror and sadness and depravity in the story of JD… but there are a lot of sympathetic emotions like how he wants to be loved.” The vision is “to turn Jeffery Dahmer into the common American folk hero that he is.” Boyce understands that “not all heroes of folk stories are the good guys”.

Other than working with Folk Hogan, your Ol’ Pal Dawg Hands is full of surprises. He’s currently playing bass in the band Temple Smoke with Justin Graver and Andy Patterson and they’ve got a new album coming out soon. In the art world he says to expect new big painting projects in the coming month featuring “the dragon of a hometown church and it’s hoard of money”, and another about the coming apocalypse. Among all that, you can expect many more music videos, paintings and art shows in his future.

There’s one thing for sure, we can’t get enough of the guy and we can’t wait to make this video for you guys!

FOLLOW US HERE TO COME ALONG FOR THE RIDE
Insta
FB

LISTEN TO “NO MEANS JEFF” HERE!