Friends and fans of each other’s music, Utah’s favorite underground Gypsy punk bands Folk Hogan, Hectic Hobo and Juana Ghani only play one show together a year, creating the event known as TRIFECTA! This year, TRIFECTA 2 comes to Bar Deluxe (666 S. State Street in Salt Lake City) on Friday the 13th of September, 2013 and promises to be a night filled with piratical hobo Gypsy punk madness and mayhem.

Following the tradition begun at least year’s TRIFECTA, the order of performances will be determined early in the evening by way of a high-spirited, tongue-twisting drink-off sponsored by McKinley Sound. Nobody, not even the bands themselves, will know in which order they will perform until that moment. During the course of the evening, the bands will express their camaraderie by each performing a cover of one of the other band’s original songs. The night will close with all 22 members of the three bands combined on stage for an anthemic grand finale of epic proportions.

Master of Ceremonies and Ringmaster Elias “Lefty” Caress (www.eliascaress.com) will be the host for the evening, keeping the audience entertained between music sets by performing a variety of circus stunts that may include contact and knife juggling, sword swallowing, fire eating, mind-reading, and brain-boggling feats of magic.

Masters of piratical mayhem, Folk Hogan (www.folkhogan.com) “plays with an intensity that is almost exhausting to watch,” says Kelly Cannon of City Weekly. With a “maniacal energy [that] is reciprocated and magnified by the audience” (Kolbie Stonehocker, City Weekly), their sets are full of sing-a-long drinking songs and an unapologetic whiskey-soaked naughtiness that will, in their own words, “keep a crowd wishing they had a backup liver.”

Wild West vagabond band Hectic Hobo (www.hectichobo.com) has been described by Odell Brewing Company as a “Wild West Gypsy rock extravaganza” that is the kind of fun everyone wants to have but doesn’t dare. Theirs is “the type of drinking music that stems from a time when all there was to do was drink and play music.” (Adam E. Smith, I Live Music) Theo McNamatar of The Regal Seagull has said, “Hectic Hobo makes you feel you’ve been at a Devotchka concert on an Irish pirate ship. And you will do anything to keep from getting back to port.” 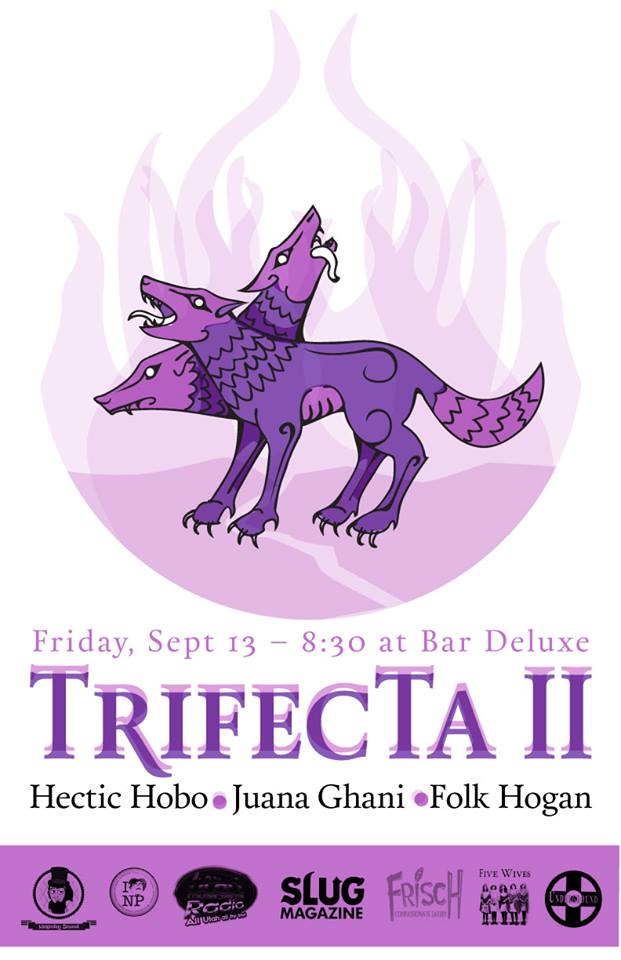